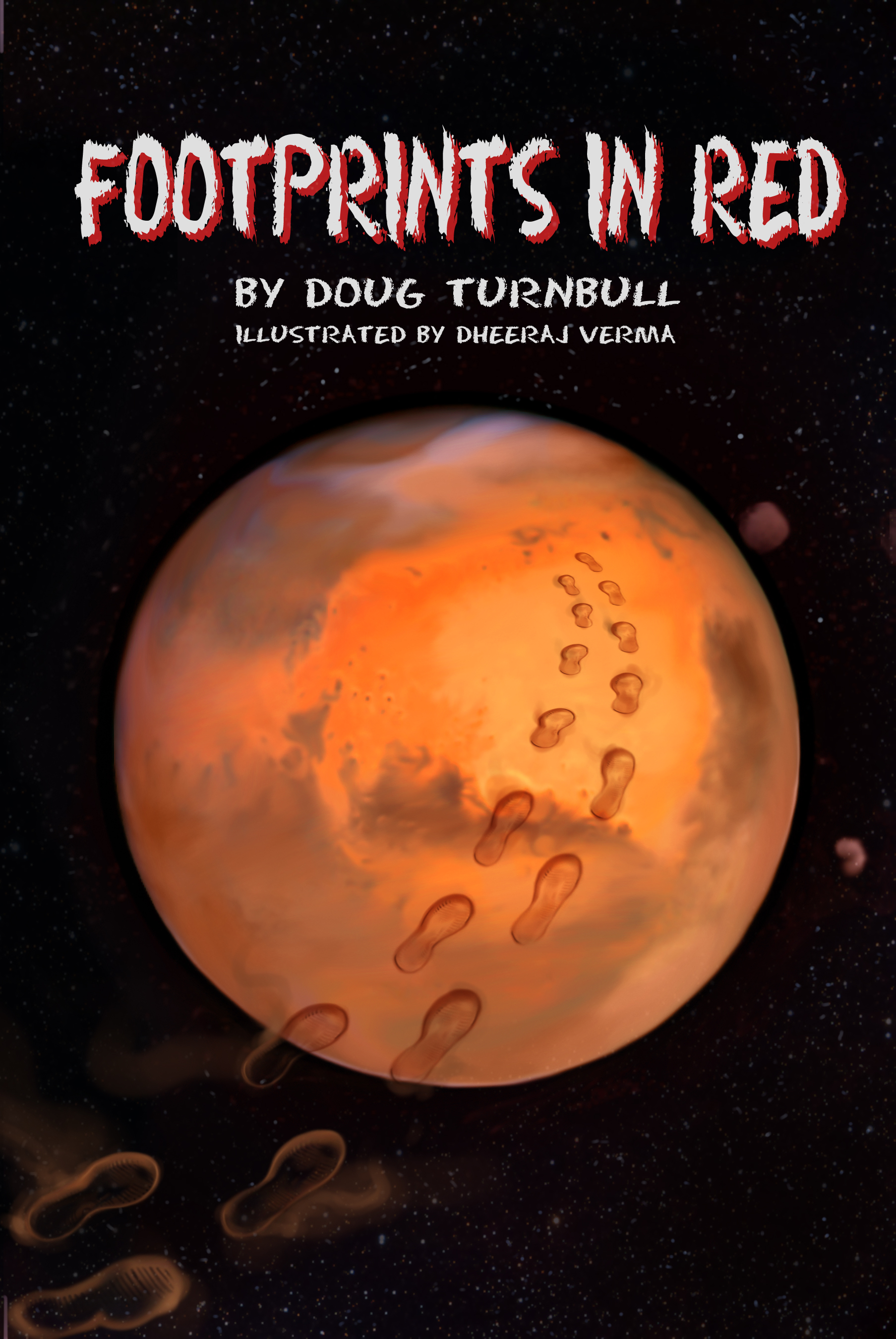 I have read the second story of of Doug Turnbull’s book Footprints in Red. It is a set of stories for Mars. I had read another story of his before, so I knew what to expect.

Doug writing (well, at least what I had read of him) is in very hard sci-fi genre. I can compare his style with the one of Konrad Fialkowski Zerowe rozwiązanie, (Zero solution) – which is my favorite short story of my childhood, the last chapter of Bradbury’s The Martian Chronicles, October 2026: The Million-Year Picnic as realism, and Tsiolkovsky’s book On the Moon as Doug Turnbull aims for the best scientific facts in his stories.

Doug’s stories envision future situation from very human point of view – that of an explorer, but an everyday man. No superheroes, no aliens.

Colonial scout is a story of a boy-scout leader Augie who led his team into an outing in a cave on planet Mars. The story starts with very profound description of the transport vehicle, the scientific facts are transferred in a questions and answers session between Augie and the teenagers. After a while a major problem arised, when one of the boys broked his forearm in a horse-play with one of his mates. The quick solution is made by fixing the broken limb with near-future medical device. The story ends with the team coming back to the base. According to me the stories worth to be recommended as an juvenile (teenage character forming) literature even if the protagonist usually is an adult.

As a conclusion I’d say I love to read Doug in original and I am looking forward Doug being translated into Bulgarian so more people could enjoy his talent.